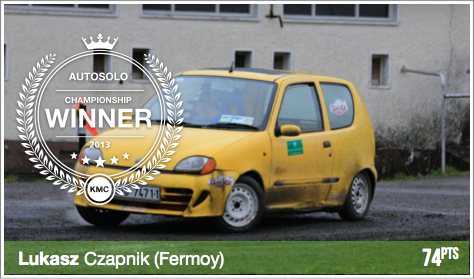 The overall winner of the 2013 Kerry Motor Club Autosolo Championship sponsored by MG Electrical Supplies (Killarney) was decided at Round 4, the final round, at Ballybeggan Park, Tralee on October 20th. 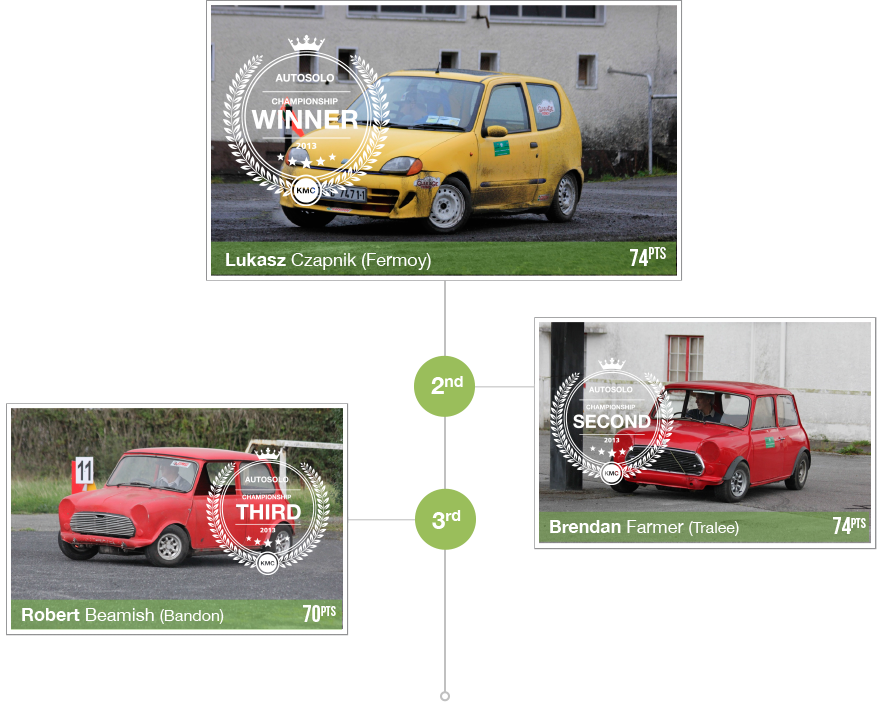 Going into the final round 2012 Champion, Fermoy’s Lukasz Czapnik trailed Championship leader Brendan Farmer by a single point. Due to Farmer’s absence on Round 4, Lukasz knew that if he secured maximum points he could retain the title.

Lukasz duly took maximum points therefore finishing on the same overall points with Farmer, the title being decided by tie-break in favour of Lukasz.

Finishing 2nd o/a on the day secured 3rd O/A in the Championship for Cork’s Robert Beamish in his Class C, Mini.

Padraig O Shea secured a podium on Round 4 which secured him the Class B title from brother Diarmuid. Niall O Mahony took the 3rd spot in Class B. With no fewer than 15 registered competitors in Class B this is a highly competitive class. 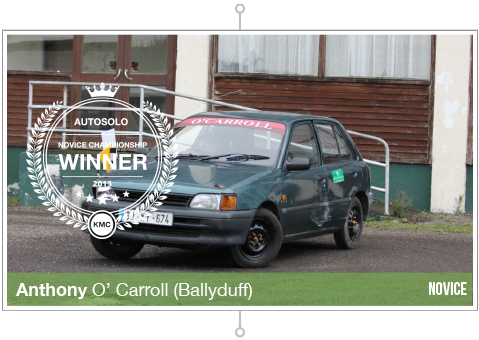