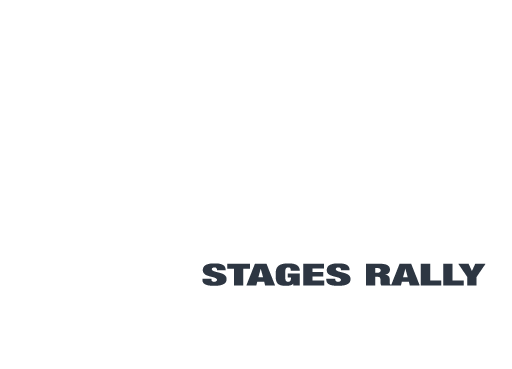 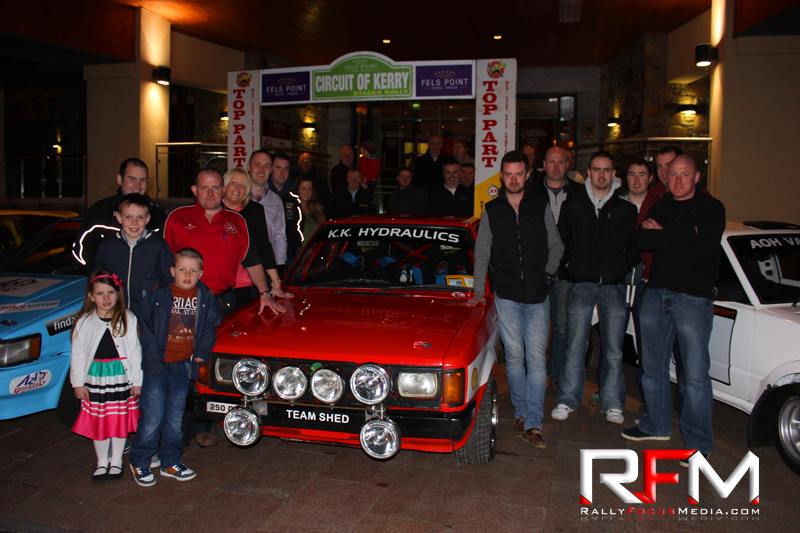 This year’s Fel’s Point Hotel Circuit of Kerry, the second rounds of the Dunlop Irish National Rally Championship and The Top Part West Coast Rally Championship,  is shaping up  to be a race of champions with several former rally championship winners across a range of different series entered into the April 6 event.

Leading the charge is former FIA World Academy winner 2011 and SWRC 2012 champion, Craig Breen who is using the second round of the Dunlop Irish National Rally Championship as a high-speed test session, ahead of the European Rally Championship-counting Circuit of Ireland Rally, two weeks later, in the brand new Peugeot 208 T16.

While Breen’s entry is a one off, the main focus of the nine-stage rally will concentrate on the battle for supremacy in the Dunlop National and Top Part West Coast series.

Last year’s Dunlop champion and current series leader Declan Boyle has already committed to the Tralee-based rally in his Subaru Impreza.  He could be joined by the 2010 Irish National champion Melvyn Evans. The Welshman has placed an entry for the rally but his Subaru Impreza broke a drive shaft on the opening stage of the recent West Cork Rally and his appearance in Tralee depends on the on-time arrival of the replacement parts.

Hugh Hunter is another Welshman committed to both series, he won the opening Top Part West Coast Round in Abbeyleix in February but failed to make the finish of the Mayo Rally in early March.

Nevertheless the Subaru driver will bring plenty of form to Kerry – he is the 2006 British Trials and Rally Drivers champion and the past winner of several Irish events including  last August’s Galway Summer Rally.

London-based Cork man, Mick O’Brien is also on the entry list in his Ford Focus WRC. He is the current Irish Forestry Rally champion and has won rallies on both sides of the Irish Sea.

Former Irish Tarmac Rally champion and two-time Rally of the Lakes winner Daragh O’Riordan will surely give the national boys a run for their money as will current National Group N champion Sam Moffett. Both of these drivers have entered the event in their Ford Fiesta World Rally Cars.

The Top Part West Coast Rally Championship is one of the most eagerly fought regional series in the country and several past champions including current champ Shane Magure are entered.  Magurie’s chief opposition is likely to come from three local drivers who are also past West Coast Champions, namely Castleisland’s Alan Ring, Shanagolden’s Ed Synan and Lyreacrompane’s Mick Quinn , the winner of last November’s Kerry Winter Rally.  This year the Tralee-based Top Part group celebrates its 21st season as series sponsor by offering a generous 7,000 euro prize fund.

The rally provides a welcome pre-tourist season boost to the town of Tralee and surrounding areas and already the rally HQ, the Fel’s Point Hotel, is fully booked out on the Saturday night of the event.

Entry forms for competitors are now available to download from www.kerrymotorclub.com

Sean Moriarty is one of Ireland’s most experienced automotive and motorsport journalists and the only one from the Republic of Ireland with a master’s degree in Automotive Journalism. After a long stint in London where he worked for the specialist title Motorsport News and community newspaper The Irish World among others, he has recently to returned to Kerry and is working as the motoring and motorsport journalist with the Killarney Advertiser. He is also the broadcast motorsport journalist with Radio Kerry and writes a weekly motorsport column for The Kerryman. The Tralee native also runs his own Motoring World digital title on social media platforms. A long-time member of Kerry Motor Club and a founding member of London Irish Motor Club, Moriarty is an experienced competitor and has rallied extensively in Europe over the last 20 years.

What you can read next 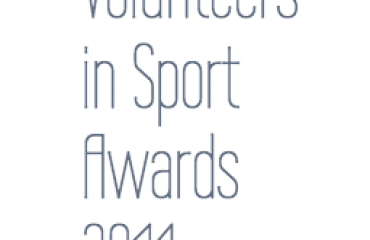 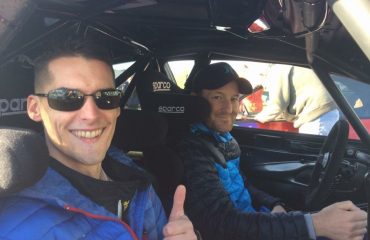 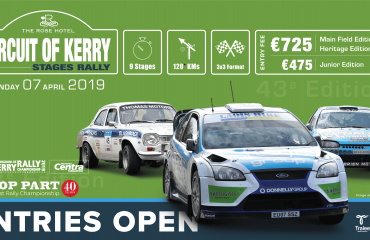