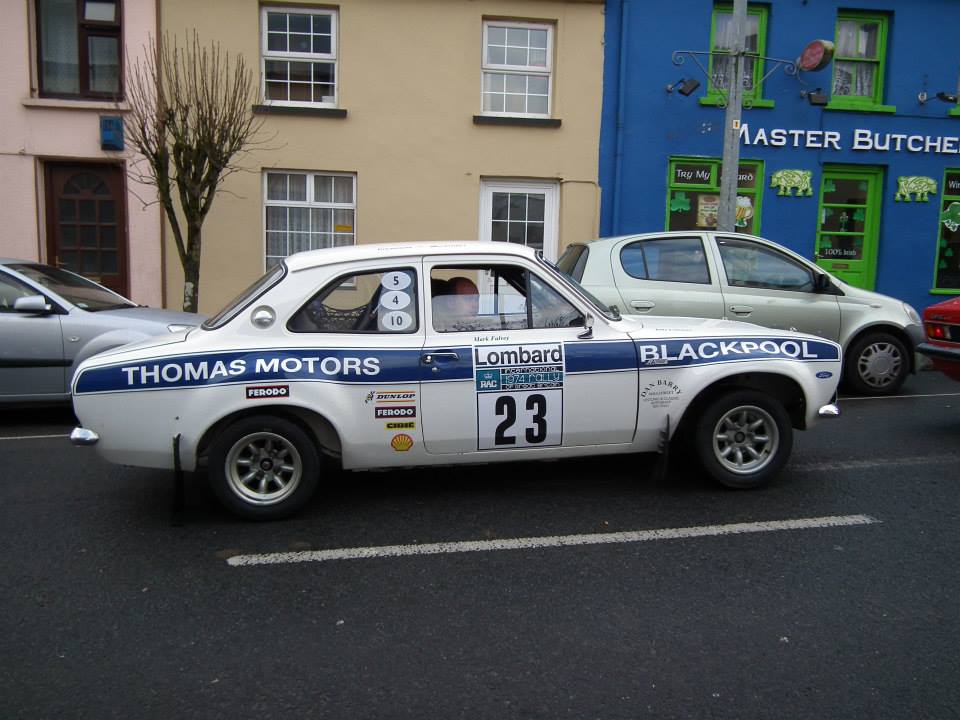 This will be the Rathmore man’s first time contesting the Tralee-based rally despite a wealth of experience at home and abroad in his Ford Escort Mk1.

Falvey is the first “big name” historic rally car driver to commit to this year’s Circuit of Kerry and news of his name on the entry list is sure to entice more historic rally specialists to challenge him.

The car and driver are always a big hit with Killarney rally fans and his appearance in Tralee next month will be eagerly anticipated.

Such is the pace of Falvey he will be expected to challenge some of the leading modified and more-modern Escort drivers towards the front of the two-wheel drive field despite using regulation period tyres.

He has employed a new co-driver for the event in the shape of Kilcummin’s Damian Fleming, no stranger to Kerry Motor Club event success having previously navigated Cavan driver Stephen McCann to victory on the Banna Beach Resort Kerry Winter Rally.

Fleming said: “Last year I bought tickets for Rallying for the Bus, a charity fundraiser by Killarney and District Motor Club member Diarmuid Lynch and one of the prizes in the raffle was an entry to the rally sponsored by Kerry Motor Club and this how all of this has come about.”

The crew will be contenders for the newly launched Moriarty’s Centra Kingdom of Kerry Rally Championship.

Entries for the Rose Hotel Circuit of Kerry, including the historic element can be lodged via: