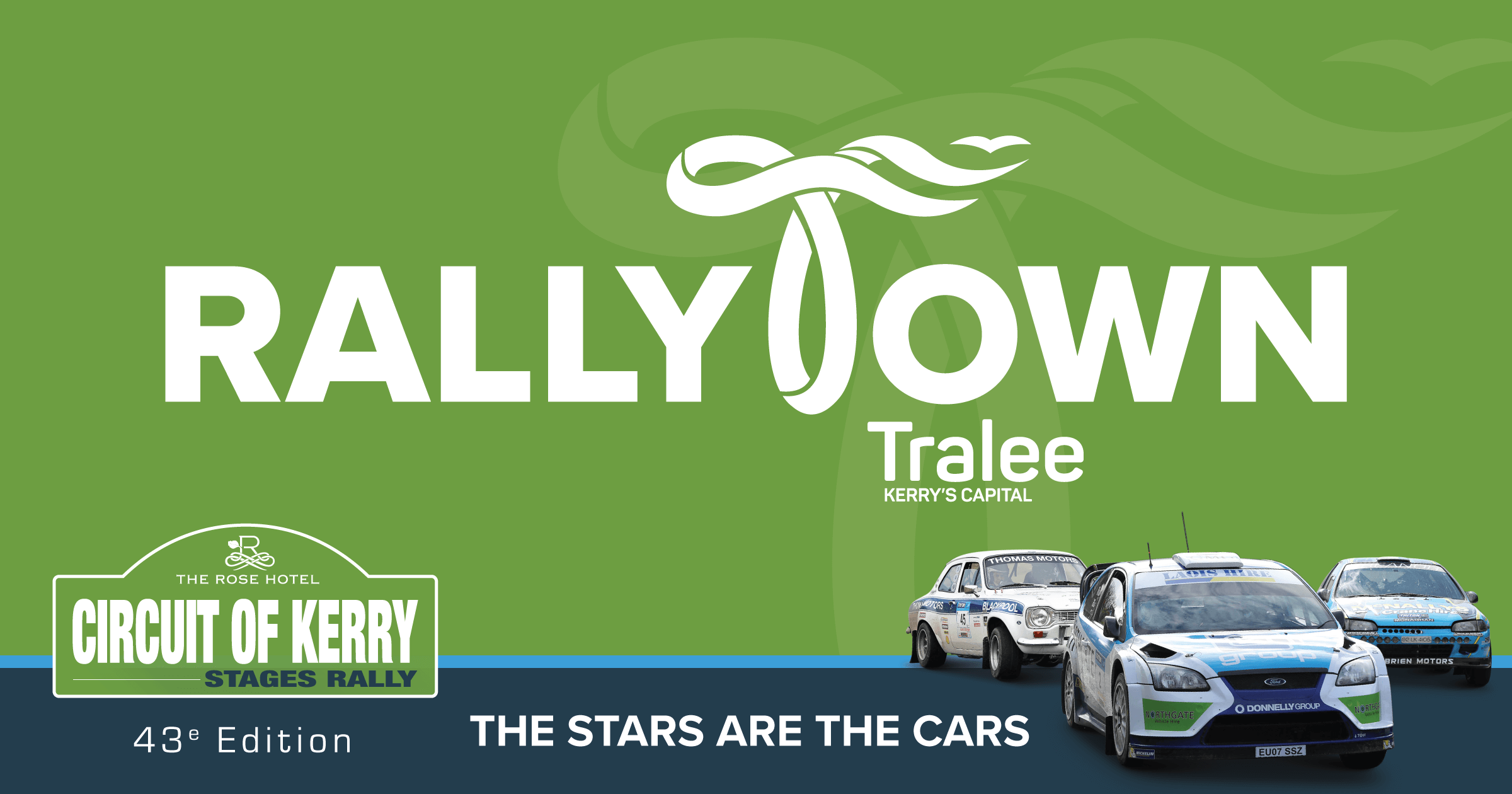 Tralee Chamber Alliance and Kerry Motor Club will host a static display of rally cars on the Mall and in the Town Square on the eve of the Tralee-based club’s Rose Hotel Circuit of Kerry Rally which takes place on Sunday.

Tralee Chamber Alliance and Kerry Motor Club will host a static display of rally cars on the Mall and in the Town Square on the eve of the Tralee-based club’s Rose Hotel Circuit of Kerry Rally which takes place on Sunday.

Up to 20 modern and classic rally cars will go on show in the town centre from 12.30pm on Saturday afternoon.

Members of the club will be on hand to showcase motorsport to the general public and talk about their cars and their passion for the sport.

Cars on display include Mike Quinn’s Subaru Impreza World Rally Car, originally built for 2003 World Rally Champion Petter Solberg and used by the Norwegian during the 2005 season. The local driver is one of the favourites for this year’s title.

One of the most exotic rally cars on display will be a Porsche 911, owned by Mike Buckley of Killarney. Porsche rally cars are a rarity the world over, and this is one of the few in Ireland.
A modern Renault Clio will sit alongside the historic Porsche offering the general public a glimpse on how the sport has evolved over the last four decades.

The event will kick off with a photoshoot at Tralee Wetlands before the convoy of rally cars (up to 20) will make their way to the town centre where they will go on show from 1230pm to 5 pm.
Members of Kerry Motor Club will be present to discuss their cars and the sport while the official rally magazine for Sunday’s event will also be on sale.

“We are calling it Rally Town, where the cars are the stars,” said Kerry Motor Club organiser Tony McCarthy. “There will be over one-million-euro worth of cars on show.”

The Rose Hotel Circuit of Kerry has been Kerry Motor Club’s flagship event since 1975.

The rally has attracted over 100 drivers from all over Ireland the UK with one entrant, a Kerry emigrant, returning from New York to compete on the rally.

The rally creates a welcome early start to the tourist season Tralee and north Kerry.